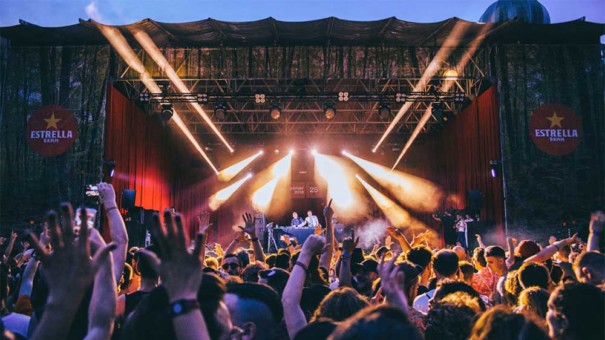 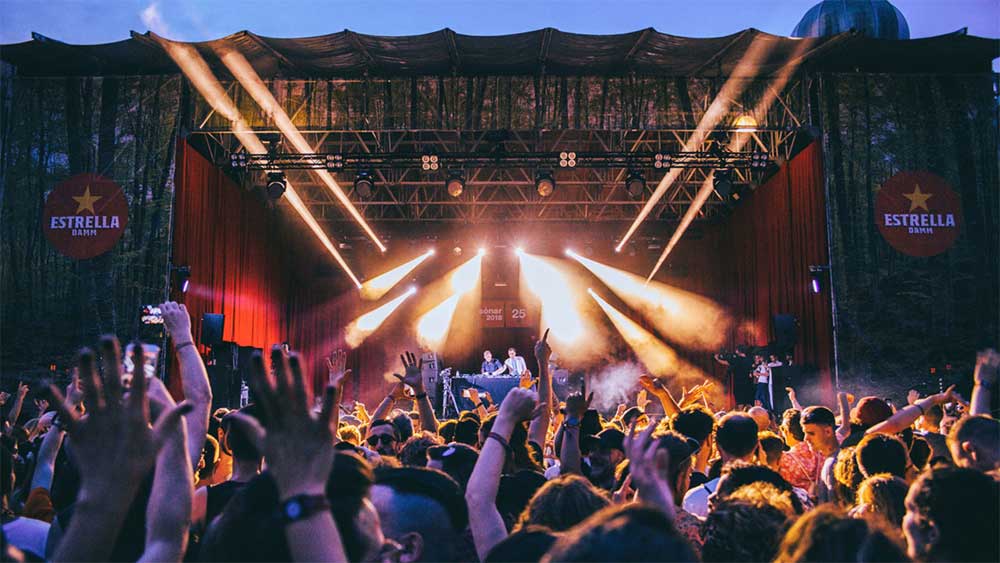 Sónar Festival is one of the world’s most esteemed electronic, alternative and
experimental music festivals, held early each summer in the city of Barcelona.
Championing underground musical talent – alongside forward-thinking technology, art
and innovation – the Spanish festival has spawned satellite events across the globe, all
sharing the ethos and vision of the original.
But Barcelona remains the home of Sónar, and for fans and industry professionals 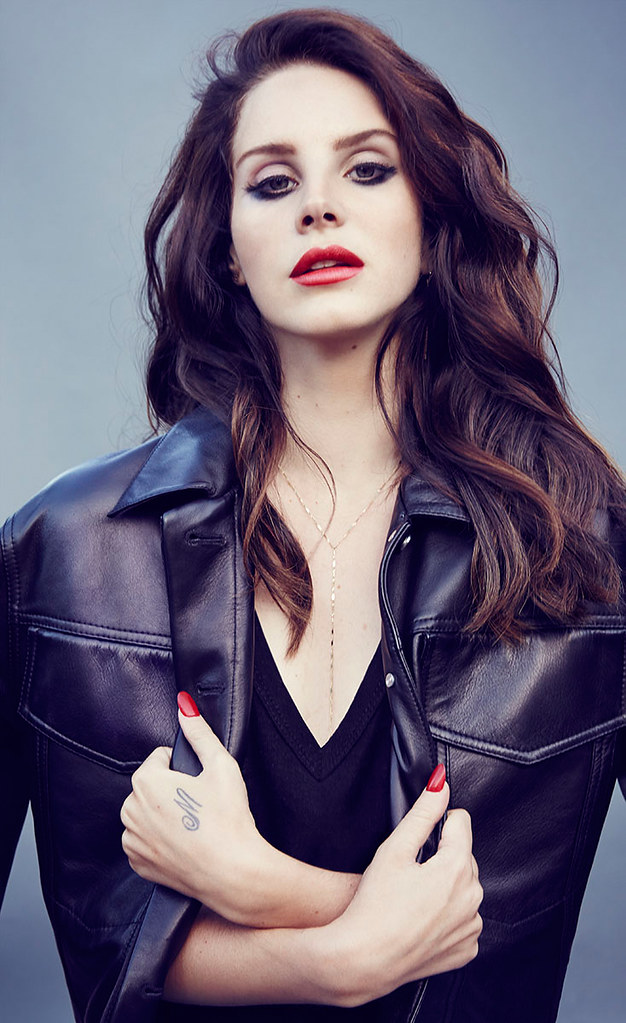 Barcelona’s Primavera Sound returns for 2020 with a stellar line-up celebrating its 20th anniversary, with headliners including Tyler, the Creator, Lana Del Rey and BROCKHAMPTON.
211 artists of 35 different nationalities are set to perform at the legendary festival, with the likes of Bad Bunny, Beck, Pavement, The Strokes, Kacey Musgraves, Young Thug, Massive Attack, Disclosure, Little Simz and Earl Sweatshirt joining its already impressive roster of headliners.
In order to celebrate its 20th anniversary to the fullest, Primavera Sound has been extended by one day, introducing a brunch-on-the-beach party on Sunday, June 7. Together, the days will offer up acts that celebrate the past 20 years of the festival, spanning multiple genres and trends and celebrating some of the most notable cultural zeitgeists of the last two decades.
Tyler, the Creator’s performance will mark his second time at the festival, previously having performed with Odd Future in 2011. Elsewhere, Primavera Sound remembers its roots by bringing along icons such as Freddie Gibbs, Madlib and Rapsody, while also stand-out artists include Kano and King Princess.

Primavera Sound Barcelona 2020 will be on from June 3 until June 7, 2020. Tickets are set to release on January 16 at 10 AM GMT exclusively on DICE, with a full festival ticket costing €195 EUR excluding booking fees (approx. $217 USD). VIP tickets will cost €400 EUR (approx. $446 USD), with additional booking fees on top.
In other news, Notorious B.I.G. and Nine Inch Nails are to be enrolled into the Rock and Roll Hall of Fame for 2020.

We are proud to offer to our community luxury stays at all three (3) Mr. C properties, including NY, Beverly Hills and Coconut Grove. From the fourth generation hospitality leaders, brothers Ignazio and Maggio Cipriani, comes Mr. C Miami – Coconut Grove. An oasis within bustling South Florida surrounded by breathtaking views of Biscayne Bay and the Coconut Grove skyline. Designed the by the world-renowned architecture firm Arquitectonica, the hotel’s interior features a nautical motif by Martin Brudnizki Design Studio.

A total of 100 guestrooms and suites with private outdoor terraces, a new Italian dining concept with indoor and outdoor seating and its rooftop Bellini Restaurant and Bar provides guests with attentive European service, complimented by luxury accommodations and amenities. 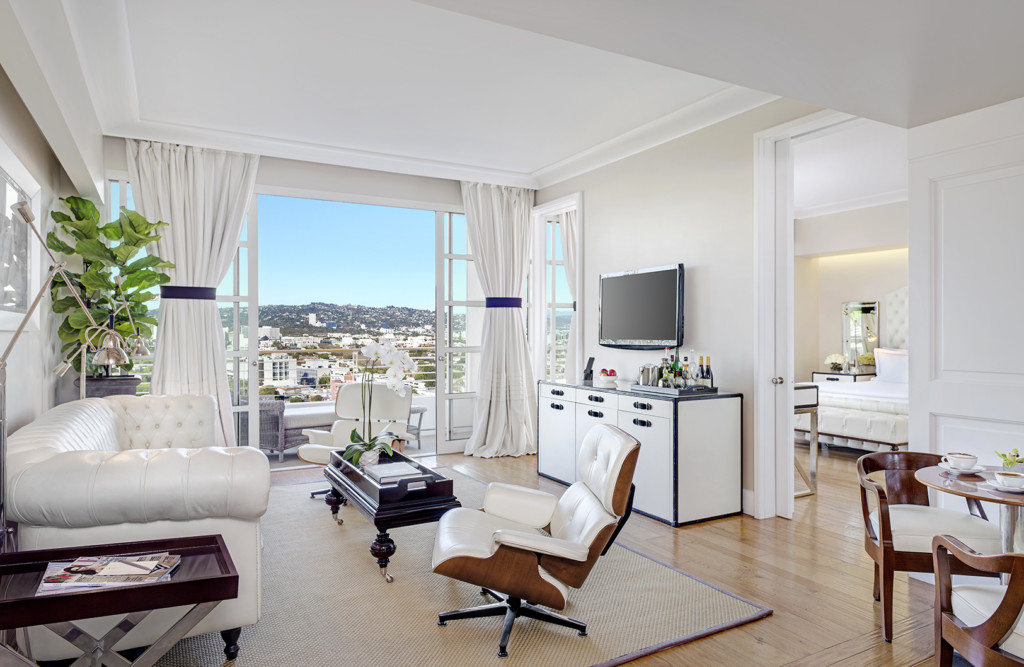 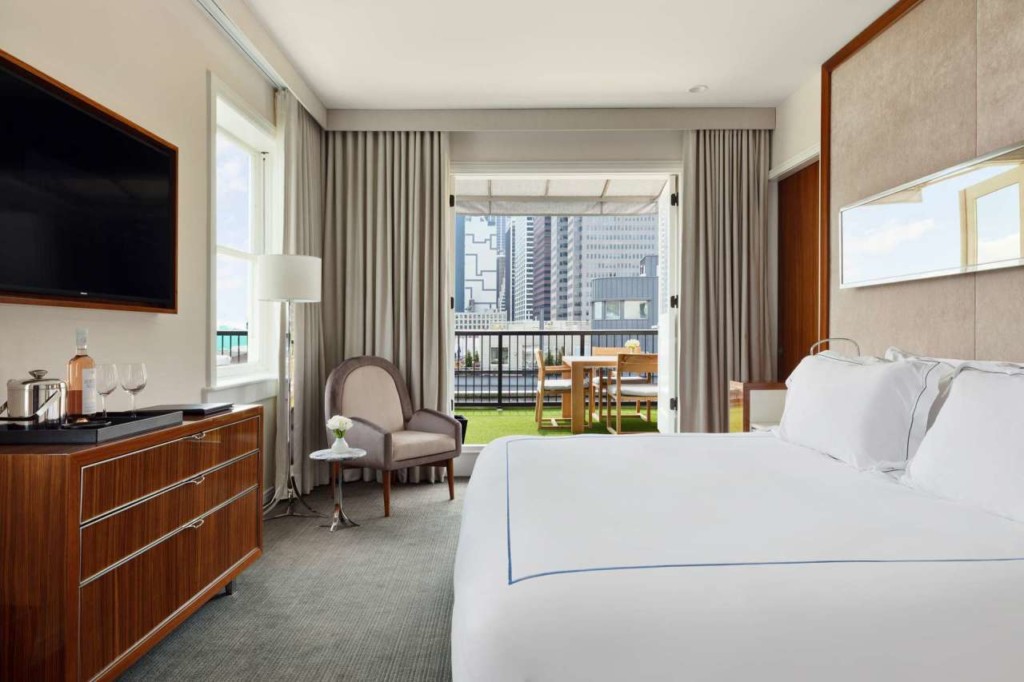 // | Comments: 0 | Posted by: | In: Network
The New York EDITION seamlessly blends the elegant design of Ian Schrager with its Madison Avenue landmark beginnings. Originally constructed in 1909 as Metropolitan Life Insurance Company’s headquarters, this clocktower, near Madison Square Park, has been ingeniously reinvented to offer luxury boutique accommodation, a tranquil hotel spa, chic new event spaces and a Michelin-starred restaurant helmed by Executive Chef Jason Atherton, all encompassed by 360-degree views of the City. 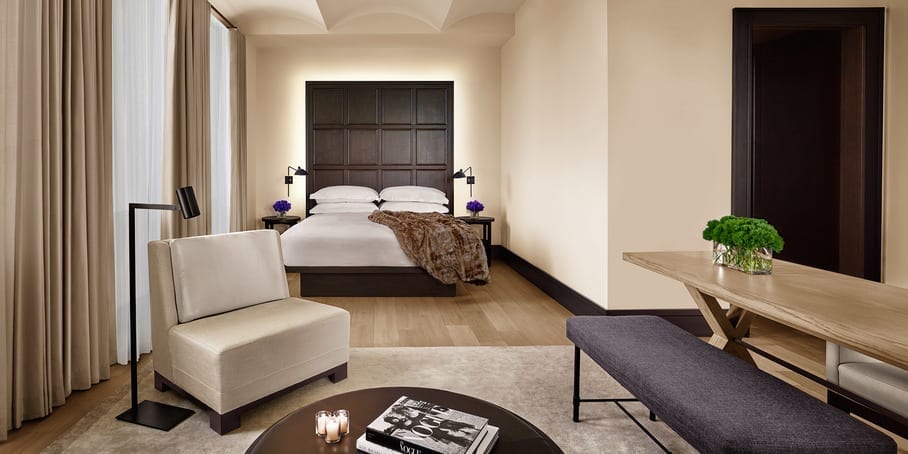 The Times Square EDITION introduces the next generation of modern luxury. Here, urban energy fuels an enchanting escape as sweeping views of the midtown skyline transport you to an oasis above the bustle. Featuring 452 guest rooms, a state-of-the-art fitness center, performance venue, and six unique dining experiences developed by Michelin-starred Chef John Fraser, The Times Square EDITION punctuates the area as the city’s epicenter and crossroads of the world…again. 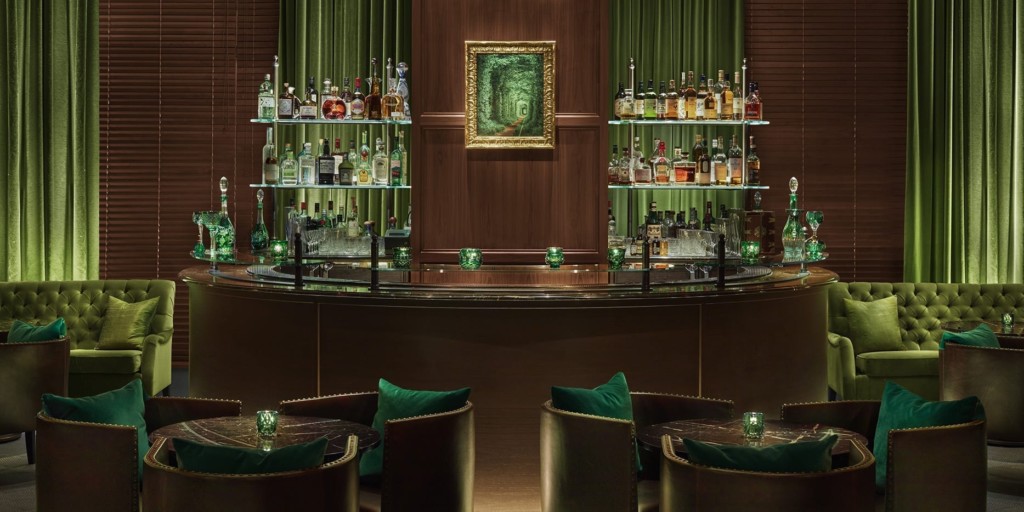 Surround yourself with luxury at The Miami Beach EDITION. Here, guests can enjoy the personalized service and privacy associated with boutique hotels and the amenities and access of a larger resort. Spacious rooms, suites and bungalows benefit from modern design elements and city, pool, or ocean views. A luxury spa and fitness center, two outdoor ocean-facing pools, sophisticated indoor and charming outdoor venues and extraordinary dining, including restaurants developed by Michelin-starred Chef Jean-Georges Vongerichten, await you. 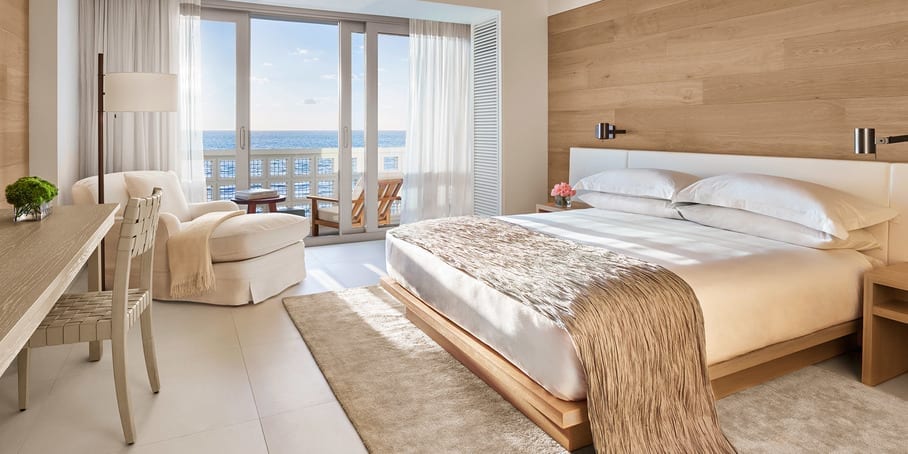 The West Hollywood EDITION is located on the corner of West Sunset Boulevard and North Doheny Drive, where West Hollywood meets Beverly Hills. Featuring 140 guest rooms and 48 suites with 2 penthouses. The hotel also features 20 luxury residences and over 6,500 square feet of meeting and event space. The hotel boasts inspiring and sophisticated outlets which include a signature restaurant, lobby lounge, basement club, expansive rooftop pool and a 6-treatment room spa. 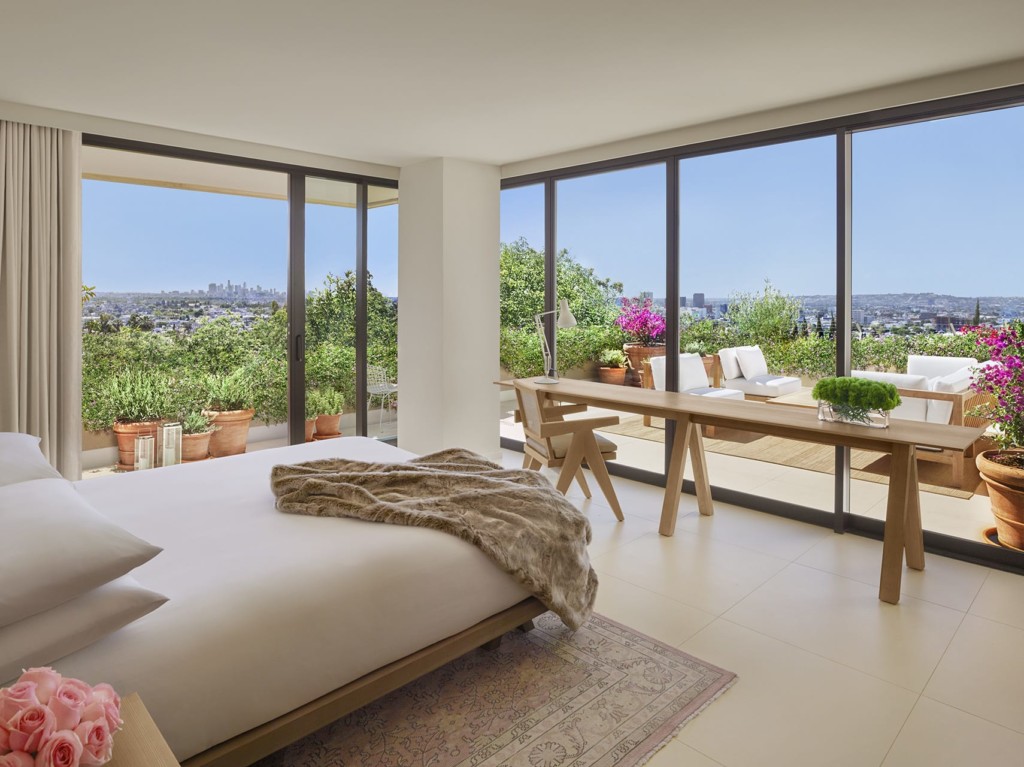 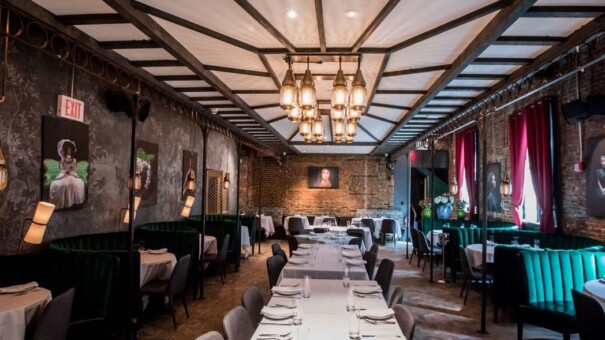 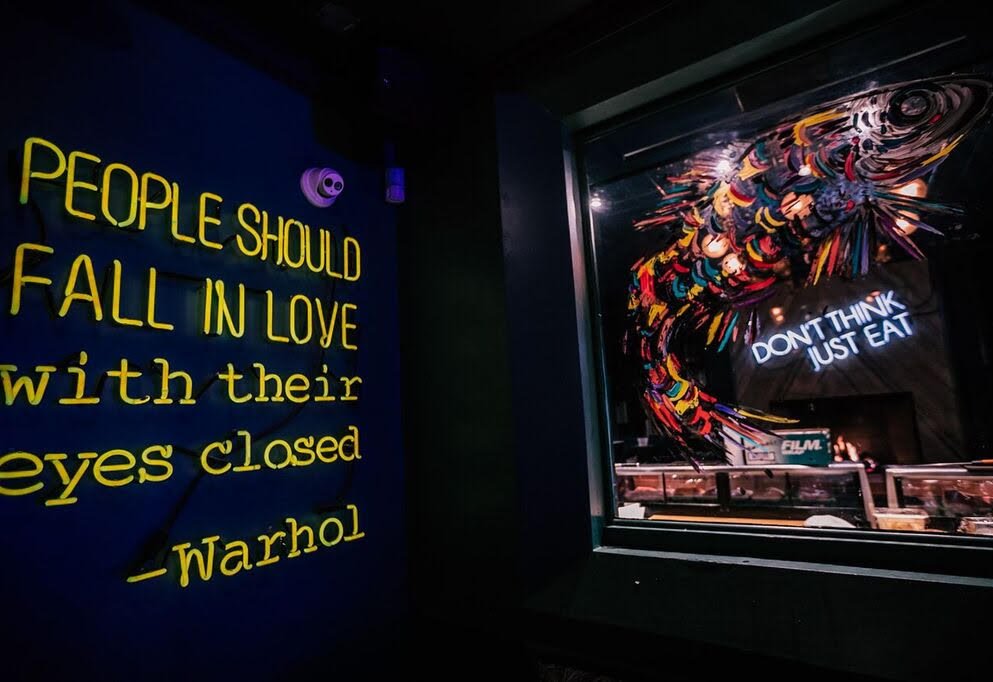 Jue Lan Club is a multi-level, 275 seat Asian-Fusion restaurant featuring our 100 seat outdoor garden courtyard. We have several distinctive private dining rooms. Jue Lan features an incredibly flavorful Asian Raw Menu, numerous Dim Sum options along with other classic Asian-Fusion dishes with a contemporary spin by our chef.
In the early 1930s, the Chinese painter Ni Yide came to Shanghai to organize a group of like-minded artists, sharing a disaffection of conventionality and a devotion to the avant-garde. They declared themselves the Jue Lan Society. A new art scene emerged by creating secret meeting places in 1930’s Paris to trade, create and buy art outside the watch of their homeland in Communist China. It was the Chinese response to the European art movements of Cubism, Surrealism and Dadaism. It is in that spirit, on the site of the 20th centuries’ most notorious nightspot that we opened the Jue Lan Club at The Limelight Church in New York City. It is a space where we invite you to share in our cuisine, art and our nightly revelry.

Jue Lan Club is a multi-level, 275 seat Asian-Fusion restaurant featuring our 100-seat outdoor garden courtyard. We have several distinctive private dining rooms. Jue Lan features an incredibly flavorful Asian Raw Menu, numerous Dim Sum options along with other classic Asian-Fusion dishes with a contemporary spin by our chef Nick Zhong! Dine on our one of a kind sweet creation by our Head Pasty Chef McCleeford Orientus.